Hunt with a Camera (And a Gun) 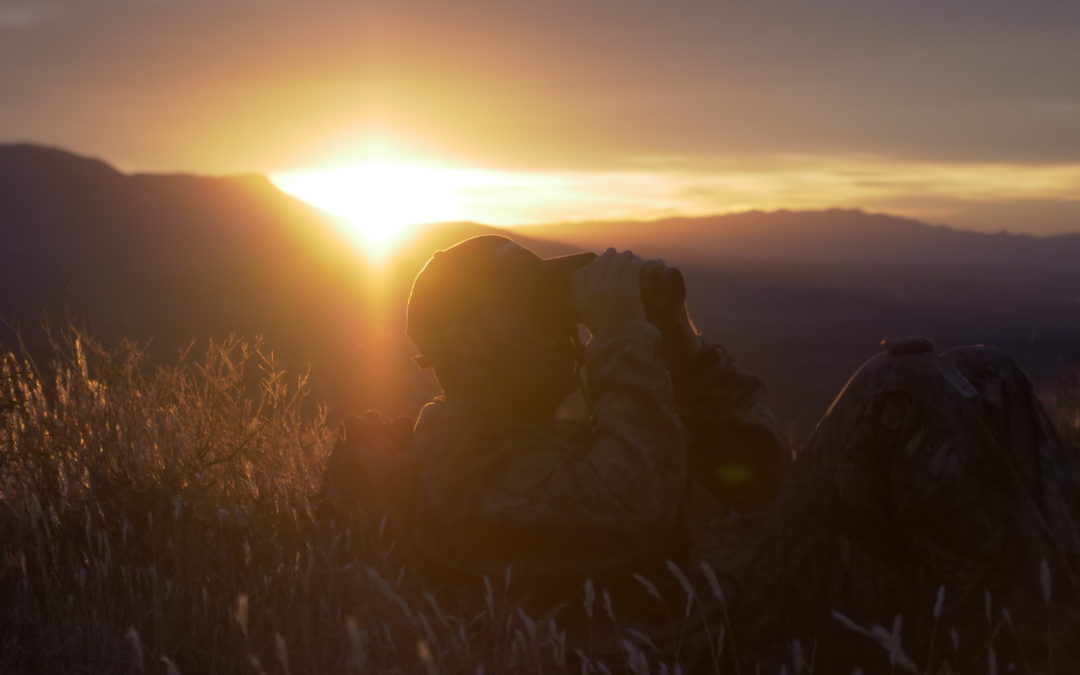 Over the past 10 years or so, a Western hunter’s standard kit has evolved in many ways. All sorts of gadgets and useful equipment have flooded the market and worked their way into the kit of the average hunter. We find ourselves spending more time researching and more money purchasing pieces that we believe will increase our success or the overall experience of a big game hunt. While we often make the choice to suffer for our food, many of us do whatever we can to minimize the time spent dealing with gear and maximize the time spent soaking in the incredible sights and sounds that are present in wild places. Some of us whittle away ounces from our packs and whole paychecks on gear that would rival military outfits. Although better gear is never a bad decision, from German glass to handmade tech clothing, there is one piece that is often overlooked that can keep you smiling and successful whatever the outcome of a hunt.

Invest in a video camera.

Now, when you read that, you probably thought of the one that’s always in your pocket. While a cell phone is a great tool and most are equipped with fantastic photo/video capabilities, allow me to present an argument for an alternative, as well as a guide to setting yourself up to capture moments that are worth revisiting. Before we get into the details, I’d like to point out that a camera is not a substitute for high quality optics. There is no more important tool in my pack than my 12×50 EL’s paired with a sturdy tripod.

I am always in search of ways to simplify my gear, and the one thing that has quite literally changed my life is the addition of an inexpensive handheld camcorder. A $200 model from Panasonic, Canon or Sony (listed below) provides better video capability than any cell phone. Coupled with some recently standardized features in the low-mid range, you can easily capture some excellent footage and even decent audio. Step it up to the $700-1000 range and you might find yourself using a camera for field judging or long periods of observation. For example, my personal choice is the Panasonic VX981K. It cost me $950 and can now be found for about $700 on Amazon. I have recorded video on this camera that plays well on an HDTV at over 500 yards, and we’re not even into the good stuff yet. I can do that without a tripod thanks to the 5-axis image stabilization that comes standard on nearly every consumer camcorder except for a few at the very bottom of the range. This feature means I can film while hiking or with shaky hands and still get very stable footage. Although this feature is a game-changer, I still would highly recommend a solid tripod or monopod setup. One of my favorite moments during a hunt is watching someone strain their eyes trying to locate an animal through a spotting scope, while I sit comfortably and locate at 10x zoom on a bright clear screen before dialing in to 70x or higher to count tines on a mule deer or guess the age of a beat up looking bull elk, all on a piece of gear that weighs less than a set of 8x binoculars! Several times I have ended up with 3-4 other people looking over my shoulder at the monitor. With most of these cameras, you can capture stills at any time, even while recording video, and even have proof of that giant buck that stood up at last light on the day when you were scouting solo.

As a simple guide, I will lay out some of the features that are necessary to have in a CC for this purpose, as well as some that have surprised me with their value. I could write a book on image quality and fine tuning differences but for our purposes I’ll try steer clear of terms that are subjective or unnecessarily technical. If you’d like more info on the gear listed here or have questions about cameras, send me an email at Levi@wildernessathlete.com and I’ll be happy to oblige.