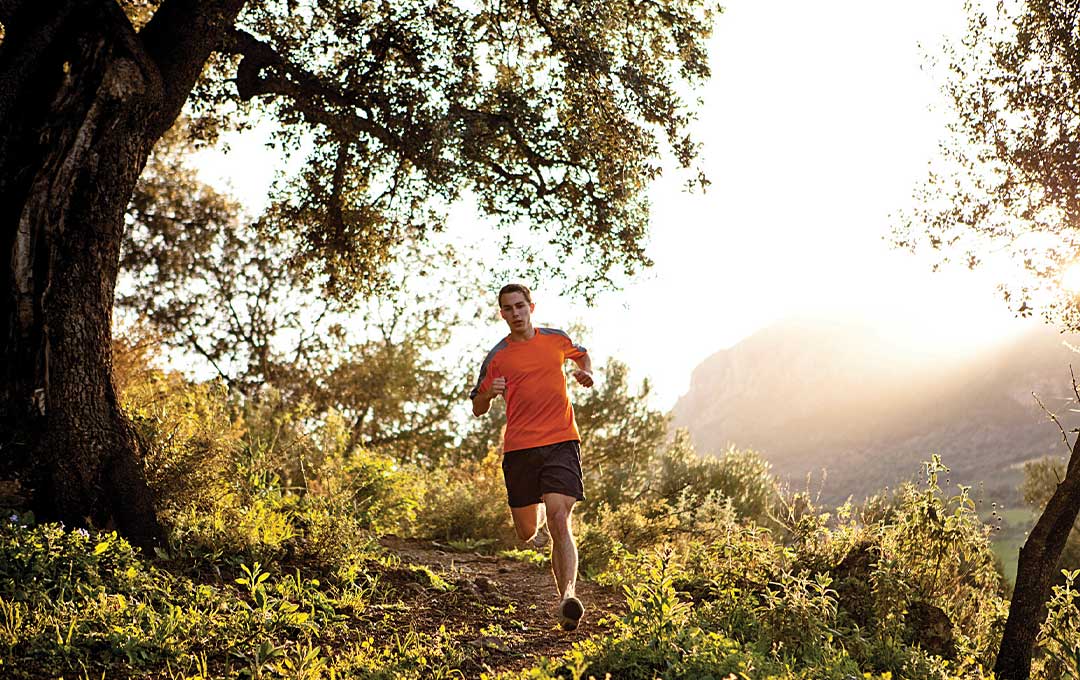 It’s been common knowledge for a long time that exercise has many physical benefits; increasing strength and improving cardiovascular health, helping to control weight, etc. What isn’t as well understood are the many mental benefits as well. There are now decades of data that link regular exercise to lifted mood, decreased anxiety, better sleep, and even improved concentration and cognitive function. But that’s not all! The list of mental and neurological diseases that physical exercise can help to prevent is long and growing. Everything from depression and attention deficit disorder to Alzheimer’s and Parkinson’s diseases are reduced in people who exercise regularly. How does that work? As with many things, the answer lies in looking back to what our ancestors have known for millions of years: there really isn’t any distinction between mind/brain and body.

The idea that there is a mind-body split (known as dualism) originated in the 17th century out of philosophy, and in the last hundred or so years ‘modern’ medicine ran with it, so the idea that something  ‘in your head’ isn’t real has become accepted fact (especially in Western countries.) Fortunately, there have always been some healers and scientists who have questioned this concept, and in recent decades this movement has swelled, mainly because the dualistic model doesn’t hold up to experience OR scientific scrutiny. Certainly when I trained in the early 90’s, dualism was the party line of mainstream medical schools, and the only people talking about anything different were the ‘hippy’ doctors, who were supported in public but gently dismissed privately. (BTW, a couple of those hippy doctors were my favorites, and certainly one of the main reasons I got out of there with my sanity relatively intact!)

So- mind and body are interconnected pieces of the whole, and one cannot be optimally healthy unless the other is as well. But again, there’s more! Our brains operate on many different levels, but generally our ‘animal’ brains are the parts that take care of our involuntary functions like breathing, heart rate, digestion, etc, and whose primary function is to keep us alive. The human or more developed parts are responsible for logical thinking, creativity, and language. This is NOT to say they are separate; they are completely interconnected, but thinking about it in this way gives us a language to help describe the brain’s very complicated functions. The needs of our animal brains have to be satisfied first, as a foundation, otherwise attempts we make to improve the health of our higher brain (or body) will not be successful. So, the most important ‘mental exercise’ is physical exercise! Our animal brains would respond to a Soduko session or good book with ‘uh, not sure how this is going to help us catch that mammoth…’ but if we have also been running and throwing, it can relax and allow the mental activity to strengthen our human brains. This is probably why physical exercise out of doors provides more bang for the buck- our animal brains are happiest in the wild!

More good news- how we think about our physical activity can greatly increase its impact! In recent years, we have been conditioned to think that if we aren’t in the gym or doing ‘cardio’, we aren’t ‘working out.’ Hmm, wonder how much impact the huge exercise industry marketing has had on that? A 2009 Harvard study illustrates this well. Psychologist Dr. Ellen Langer wondered why female hotel housekeepers who worked 50-60 hours a week walking, lifting, and pushing were really in no better physical shape than their counterparts who worked sedentary jobs. When interviewed, two thirds of the women reported they did not exercise regularly, and the remaining third reported they never exercised at all! She devised a study where half of the housekeepers were monitored with no intervention by the researchers, and the other half were educated about the benefits of activity they were already doing for weight control, cardiovascular health, and blood pressure. Only a month later, the control group showed no physical changes, but the ‘mindset’ group had lost weight, dropped blood pressure numbers, and improved their waist-to-hip ratio numbers! Strength training programs and ‘organized’ cardiovascular activities have their place, but the movements of routine life count as well. Anybody who says cleaning the house or raking the yard isn’t work isn’t doing it right!

At this point, I have a confession to make- I don’t like to exercise. At all. Oh, I like the benefits and I do it because I want to be able to keep up with my family who all love to go to the gym (dammit) and because I know it will help me live a longer, healthier life. But I don’t like exercising with other people, or competing, or tracking my progress, all things that are very motivating for others. The reason I bring this up is to say- it doesn’t matter! There are plenty of physical activities I do like, backpacking for example, and I find doing my ‘real’ workouts regularly makes me stronger so that not only am I better at those things, but I enjoy them more as well. For me, part of my mental ‘exercise’ is remembering I will be able to trust my legs to carry me and my (feels like a thousand pound) pack up the side of a mountain because I am getting through yet another set of weighted lunges. The message here is- when it comes to an exercise plan, figure out the why and what that works for you as an individual before you try to schedule in the when or where. Doing so will make whatever you choose much more effective!

To delve a little further, it turns out the connection to our brains and physical activity goes back to the earliest humans. Most anthropologists agree that a key driver of human brain evolution was the transition to upright walking, which freed up arms and hands for building and tool use. Also, it allowed our ancestors to see farther and move faster, as walking became running. These developments meant early man could obtain more calorie and nutrient-dense foods, and could better protect himself from predators and the environment. Upright walking was a crucial change that started a positive cycle of varied physical movement leading to enhanced brain development, and vice-versa. Think about it- in addition to improving your posture, all those times your parents told you to ‘straighten up’ they were actually making you smarter!